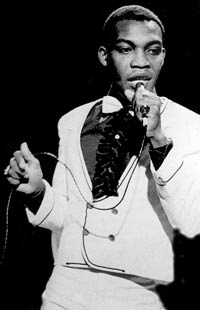 WASHINGTON - Jamaican reggae pioneer Desmond Dekker, famed for the genre's first worldwide hit with ''Israelites,'' has died of a heart attack at his home in England, the Jamaica Observer reported on Friday. He was 64.

The newspaper said the singer/songwriter, whose 1960s fame was eclipsed the following decade by Bob Marley, died on Wednesday.

Although his recording career had been on the wane for decades, Dekker remained a popular concert draw in Europe. He gave his last performance at Leeds University in England on May 11.

Dekker, born Desmond Dacres in the Jamaican capital of Kingston on July 16, 1941, was raised on a diet of such 1950s crooners as Nat ``King'' Cole and Jackie Wilson.

After working initially as a welder, alongside Marley, he began composing songs. He signed with Chinese-Jamaican music label owner Leslie Kong, and scored an immediate hit in 1963 with ``Honor Your Mother and Father.''first taste of success in Britain with ``0.0.7. (Shanty Town),'' which was inspired by student riots in Jamaica. It eventually peaked at No. 14 on the U.K. charts, and was featured on the soundtrack of the 1972 film ``The Harder They Come.''

In 1969, he enjoyed his biggest success with the propulsive reggae classic ``Israelites,'' four years before Marley truly brought reggae into the mainstream. The song's hard-luck lyrics -- ``Get up in the morning, slaving for bread, sir'' -- delivered in Dekker's mellifluous voice, resonated around the world. It topped the charts in the U.K. and many other countries, and reached the top 10 in the United States.

``It's about how hard things were for a lot of people in Jamaica -- downtrodden, like the Israelites that led Moses to the Promised Land,'' Dekker said in the liner notes for the 2005 career retrospective ``You Can Get It If You Really Want.''

``I was really saying, don't give up, things will get better if you just hold out long enough.''

Many of Dekker's hits, including ``Rude Boy Train,'' were about rude culture, which grew out of the Jamaica slums in the early 1960s. The term ``rude,'' as in ``rude boy,'' referred to someone who was cool or hip.

Dekker also enjoyed a U.K. hit in 1970 with a cover of Jimmy Cliff's ``You Can Get It If You Really Want,'' which he recorded only at the behest of Kong. He settled in England about this time, but his chart success was largely over.

He recorded sporadically, and mounted a short-lived comeback attempt in 1980 on the heels of a major ska revival. Four years later, he was declared bankrupt.

Dekker was divorced with a son and a daughter.