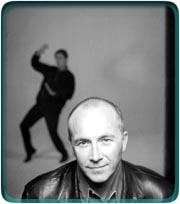 The star, whose work has been feted by the likes of REM and Belle & Sebastian, passed away in his sleep at his Brisbane home yesterday (May 6), his UK spokesperson has confirmed.

The Go-Betweens were formed by McLennan and co-frontman Robert Forster while attending university in Brisbane during the 1970s. They released six acclaimed albums in the Eighties, before splitting up in 1989.

After both going solo in the Nineties, McLennan and Foster reformed The Go-Betweens in 2000. They released three more LPs, the last of which was 'Oceans Apart', which came out in 2005 and was widely regarded as one of the band's best records.

The Australian Performing Rights Association (APRA) recently voted his one of McLennan's best-loved tunes, 'Cattle And Cane' (from the 1983 album 'Before Hollywood'), as one of the 10 greatest Australian songs of all time. Other favourites of his included 'Bachelor Kisses', 'Bye Bye Pride' and 'Streets Of Your Town'.

Paying tribute to his friend and colleague, Forster told the Australian News that "The last six months was the happiest I had ever known him."

He added: "He was very happy in his private life and had just written an amazing bunch of songs. He was especially pleased with how well the last album had done. That had put a real spring in his step."

A statement on the band's website said: "McLennan was a passionate supporter of the arts, extremely well-read and maintained a keen interest in all contemporary music, cinema and visual art.

"He was an exceptionally charming and polite man who endeared himself to everyone who met him and was one of the rare individuals worthy of the epithet larger than life.

"His singular contribution to music and his commitment to his craft simply cannot be understated. He will be deeply missed by all who knew him."