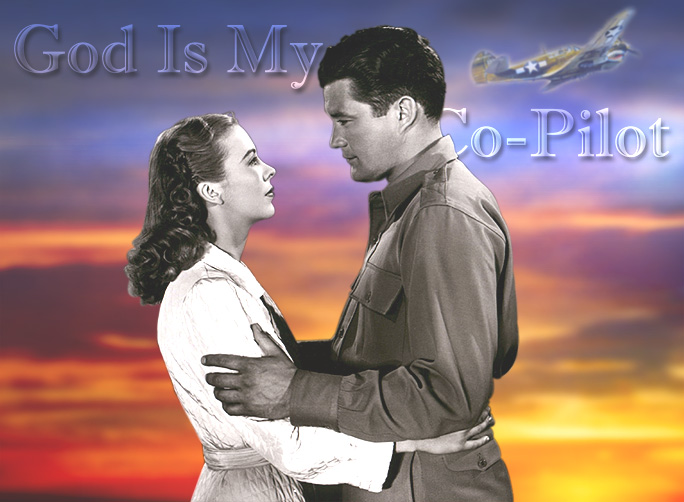 WARNER ROBINS, Georgia (AP) -- Retired Brig. Gen. Robert L. Scott, the World War II flying ace who told of his exploits in the China-Burma-India theater in his book "God is My Co-Pilot," died Monday. He was 97.

His death was announced by Paul Hibbitts, director of the Museum of Aviation at Robins Air Force Base, where Scott worked in recent years.

The Georgia-born Scott rose to nationwide prominence during World War II as a fighter ace in the skies over Asia, then with his best-selling 1943 book, made into a 1945 movie starring Dennis Morgan as Scott.

Among his other books were "The Day I Owned the Sky" and "Flying Tiger: Chennault of China."

Scott, who retired from the Air Force as a brigadier general, won three Distinguished Flying Crosses, two Silver Stars and five Air Medals before he was called home to travel the country giving speeches for the war effort.

He shot down 22 enemy planes with his P-40 Warhawk, though he recalled some were listed as "probable" kills.

"You had to have two witnesses in the formation, or you needed a gun camera to take a picture," he once said. "Only we didn't have gun cameras in China. I actually had 22 aerial victims, but I only had proof of 13."

Making of a legend

Scott's story is the stuff of aviation legend: He flew a homemade glider off the roof of a three-story house at age 12 and crash landed on a spiky rose bush.

At 33, Scott was considered too old for combat and was still at a training job in California when the Japanese attacked Pearl Harbor and the United States entered the war in December of that year.

But then came a phone call.

After he got the call to serve in combat, he was assigned to a mission to bomb Tokyo from China. When that plan was scrubbed, he flew gasoline and ammunition over Japanese-held territory to the Flying Tigers. When the Tigers were formally incorporated into the Army as the 23rd Fighter Group of the China Air Task Force, Scott was asked to be its commander.

In the years just after the war, Scott was one of the proponents of making the Air Force into a separate service.

"They just plain couldn't see why we wanted a special service," Scott said in 1997, at the time the Air Force was marking its 50th anniversary as an independent service. "They all wanted their own Air Force. We were fighting against public opinion."

From the mid-1980s onward, Scott was an active staffer at the Robins air base's aviation museum.

Scott, who had more than 33,000 flying hours during his 60 years of flying, credited the museum with giving him a new lease on life, Hibbitts said.

Despite his age, he remained active until a few years ago, carrying the Olympic torch in 1996, piloting an F-15 fighter jet on his 88th birthday and flying a B-1 bomber on his 89th birthday, Hibbitts said.