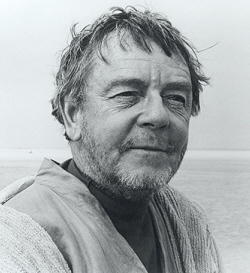 Brown died at the Motion Picture and Television Country House and Hospital in Woodland Hills, said his wife, Ginny.

He worked in stage and film for more than 60 years, many of them spent in England, but many remember him as Luke's loving uncle in George Lucas' 1977 blockbuster.

His character tries to give Luke a normal childhood on a farm and keep him from knowing his Jedi roots. Imperial storm troopers later kill Uncle Owen and his wife, Beru.

He got the role when Lucas, filming scenes for "Star Wars" on a London sound stage, needed an actor with a strong American accent. Brown then spent a month or so in Tunisia filming a handful of scenes.

In the 1950s, Brown was blacklisted during the communist scare in the United States. A longtime progressive, Brown always denied being a communist.

Copyright 2006 The Associated Press. All rights reserved.This material may not be published, broadcast, rewritten, or redistributed