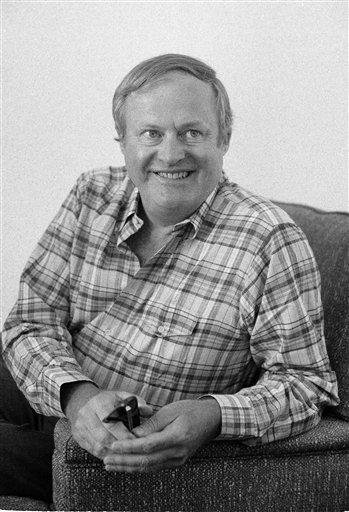 LOS ANGELES -- Franklin Cover, who became a familiar face as George and Louise Jefferson's white neighbor in the long-running TV sitcom "The Jeffersons," has died, his publicist said Thursday. He was 77.

Cover died of pneumonia Sunday at the Lillian Booth Actor's Fund of America home in Englewood, N.J., said publicist Dale Olson. He had been living at the home since December 2005 while recuperating from a heart condition.

In his nearly six decades in show business, Cover made numerous appearances on television shows, including "The Jackie Gleason Show," "All in the Family," "Who's the Boss?" "Will & Grace," "Living Single," "Mad About You" and "ER."

He began his career on the stage, appearing in Shakespeare's "Hamlet" and "Henry IV," and later in numerous Broadway productions, including "Any Wednesday," "Wild Honey and "Born Yesterday."

But Cover was best known for his role as Tom Willis, who was in an interracial marriage with a black woman, in "The Jeffersons."

He and his wife lived in the same "deluxe apartment building" that Sherman Hemsley moved his family to after making money in the dry-cleaning business. There, Cover often played a comic foil to Hemsley's blustering, opinionated black businessman. The show ran from 1975 to 1985.

Cover also appeared in several films, including "The Great Gatsby," "The Stepford Wives" and "Wall Street."

He is survived by his widow, Mary, a son and a daughter.