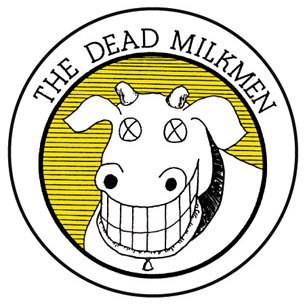 NEW YORK (Billboard) -- Dave Blood, bassist for defunct Philadelphia rock act the Dead Milkmen, committed suicide Wednesday, according to a post by his sister on the band's official message board (http://deadmilkmen.com).

"This morning Dave Blood is no longer with us," wrote Blood's sister, Kathy. "David is my brother. Since the breakup of the band David has never really found his niche in life. My brother was a smart, clever and talented person. Inner peace has seemed to elude him for the last many years. Sometime last night David chose to end his life. He left a note that I don't know all of what it said, he was not elaborate -- but he said he just could not stand to go on any longer."

A memorial service will be held in the Delaware County area of southeastern Pennsylvania at some point in the near future, with details to be announced.

"I'll miss Dave as a friend and a bandmate," Clean wrote. "He helped make lots of folks here very happy with the music we all made together. He will not be forgotten."

The Dead Milkmen formed in 1983 and quickly rose to prominence in the college radio circuit. Their 1985 debut album, "Big Lizard in My Backyard" boasts the cult-classic single "Bitchin' Camaro," but was overshadowed in 1988 by "Punk Rock Girl," which was an MTV staple of the time.

The band dissolved after releasing "Stoney's Extra Stout (Pig)" in 1995. In late 2003, Restless/Ryko released a retrospective of early and rare recordings, "Now We Are 20," and the "Philadelphia in Love" DVD, which compiled all of the band's videos.

In recent years, Blood had stopped playing bass due to extreme tendonitis. In the mid-'90s, he enrolled at Indiana University to study Yugoslavian culture, and spent nearly a year in the country between August 1998 and April 1999. In an e-mail interview (http://www.markprindle.com) late last year with journalist Mark Prindle, he expressed interest in returning to the country in the near future.