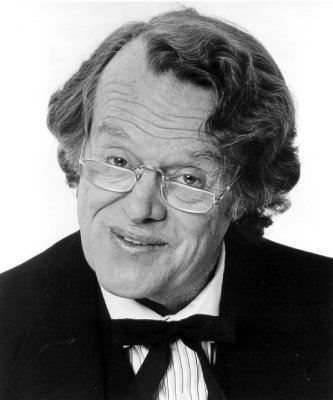 GRANTS PASS, Ore. -- Veteran television character actor Kevin Hagen, who left behind a string of Western bad guy roles to become the kindly Dr. Hiram Baker in "Little House on the Prairie," has died. He was 77.

Hagen died at his home here on Saturday a year after being diagnosed with esophageal cancer, his wife, Jan Hagen, said Monday.

Born in Chicago, the son of professional ballroom dancers, Hagen did not start acting until he was 27, by which time he had worked for the U.S. State Department in Germany, earned a degree in international relations from the University of Southern California, and served in the Navy following World War II, his wife said.

After a year of law school at UCLA, Hagen decided to drop out, and try his hand at acting.

"I just found it absolutely became part of me," Hagen said of acting in a 2004 interview with the Grants Pass Daily Courier. "It was something I couldn't walk away from. Do it or die."

Hagen got his big break a year later when a Hollywood agent saw him as the domineering patriarch Ephraim Cabot in Eugene O'Neil's "Desire Under the Elms," and got him a part in the television series "Dragnet," the start of a long career in television and film.

Hagen's first movie role was in the 1958 Disney film "The Light in the Forest," but he credited his role as a Confederate deserter who murders the son of a Virginia farmer played by James Stewart in the 1965 film "Shenandoah" with starting him on a long trail of TV Western heavies.

Hagen had guest-starring roles on "Gunsmoke," "Rawhide," and "Cheyenne," and won his first regular role in the 1958 series, "Yancy Derringer," in which he played a city administrator of post-Civil War New Orleans.

Though the show only ran a year, he got more work than ever in series that included "Bonanza," "Perry Mason," "The Man From U.N.C.L.E.," and "Mission: Impossible."

He was best known for his portrayal of Doc Baker in "Little House on the Prairie," which ran from 1974 to 1983.

"The joke when Michael Landon asked him if he could drive a buggy when they were putting "Little House" together was, Kevin said, 'Yeah, as long as there isn't a horse attached,'" his wife recalled.

Hagen moved to Grants Pass in 1992 after appearing in a celebrity golf tournament, but did not give up acting.

He performed a one-man show he wrote based on the Doc Baker character called, "A Playful Dose of Prairie Wisdom." While performing that show he met his fourth wife, Jan. They were married in 1993.

Raised by his mother, two aunts and a grandmother, Hagen moved to Portland as a teenager, playing baseball and football at Jefferson High School. He attended Oregon State University before enlisting in the U.S. Navy after World War II, serving in San Diego.

Baker is also survived by a son, Kristopher Hagen, of Bakersfield, Calif.

No services were planned.