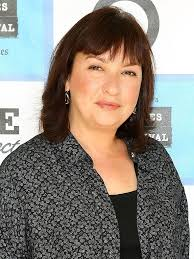 LOS ANGELES (AP) — Elizabeth Pena, the versatile actress who shifted between dramatic roles in such films as "Lone Star" and comedic parts in TV shows like "Modern Family," has died. She was 55.

Pena's manager, Gina Rugolo, said Wednesday the Cuban-American actress died Tuesday in Los Angeles of natural causes after a brief illness. No other details were provided.

Born in Elizabeth, New Jersey, to Cuban immigrant parents, Pena's Hollywood career spanned four decades and included roles in such movies as "La Bamba," ''Down and Out in Beverly Hills," ''Jacob's Ladder" and "Rush Hour." In filmmaker John Sayles' "Lone Star," she memorably portrayed a history teacher who rekindles a romance with an old flame, played by Chris Cooper.

Pena appeared on such TV shows as "L.A. Law," ''Dream On," ''Resurrection Blvd." and "Modern Family," where she played the mother of Sofia Vergara's character, Gloria.

She starred in the 1980s sitcom "I Married Dora" in the titular role as a housekeeper from El Salvador who weds her employer to avoid deportation.

"She was a role model, a truly extraordinary performer and an inspiration in every sense of the word," the network said in a statement. "Our thoughts are with Elizabeth's family and friends during this difficult time. She ?will be deeply missed."

She is survived by her husband, two children, mother and sister.