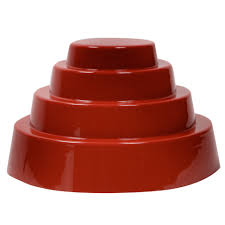 Bob Casale, a guitarist who was an original member of the influential rock band Devo, died on Monday. He was 61.

His death was announced by the bassist Gerald Casale, his brother and fellow band member, who said in a statement that the cause was “conditions that lead to heart failure.” He provided no further details.

Devo (the name is short for “devolution”) began in Akron, Ohio, in the early 1970s and first attracted national attention in 1977 with a frenzied version of the Rolling Stones’ “(I Can’t Get No) Satisfaction.”

The group’s first album, “Q: Are We Not Men? A: We Are Devo!,” produced by Brian Eno, was released in 1978; its off-kilter rhythms, deadpan lyrics and use of electronics quickly attracted a following and had a strong influence on the music that came to be known as new wave.

The singer Mark Mothersbaugh and Gerald Casale were the band’s leaders. Mr. Mothersbaugh said in a statement on Tuesday that Bob Casale was “integral in Devo’s sound.”

The band’s popularity peaked with the 1980 album “Freedom of Choice,” which was certified platinum and contained Devo’s best-known song, “Whip It,” which reached the Billboard Top 20 and became an MTV favorite.

Devo broke up in 1991, but re-formed five years later. In 2010 the band released “Something for Everybody,” its first new album in 20 years.

Mr. Casale’s survivors include his wife, Lisa; a son, Alex; and a daughter, Samantha.