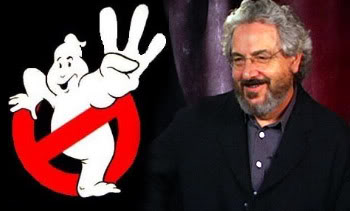 Harold Ramis was one of Hollywood’s most successful comedy filmmakers when he moved his family from Los Angeles back to the Chicago area in 1996. His career was still thriving, with "Groundhog Day" acquiring almost instant classic status upon its 1993 release and 1984's "Ghostbusters" ranking among the highest-grossing comedies of all time, but the writer-director wanted to return to the city where he’d launched his career as a Second City performer.

“There's a pride in what I do that other people share because I'm local, which in L.A. is meaningless; no one's local,” Ramis said upon the launch of the first movie he directed after his move, the 1999 mobster-in-therapy comedy “Analyze This,” another hit. “It's a good thing. I feel like I represent the city in a certain way.”

Ramis, a longtime North Shore resident, was surrounded by family when he died at 12:53 a.m. from complications of autoimmune inflammatory vasculitis, a rare disease that involves swelling of the blood vessels, his wife Erica Mann Ramis said. He was 69.

Ramis’ serious health struggles began in May 2010 with an infection that led to complications related to the autoimmune disease, his wife said. Ramis had to relearn to walk but suffered a relapse of the vaculitis in late 2011, said Laurel Ward, vice president of development at Ramis’ Ocean Pictures production company.

Ramis leaves behind a formidable body of work, with writing credits on such enduring comedies as “National Lampoon’s Animal House” (which upon its 1978 release catapulted the film career of John Belushi, with whom Ramis acted at Second City), “Stripes” (1981) and “Ghostbusters” (in which Ramis also co-starred) plus such directing efforts as “Caddyshack” (1980), “National Lampoon’s Vacation” (1983), “Groundhog Day” and “Analyze This.”

Previously he was the first head writer (and a performer) on Second City’s groundbreaking television series “Second City Television (SCTV)” (1976-79). More recently he directed episodes of NBC’s “The Office.”

Ramis’ comedies were often wild, silly and tilting toward anarchy, but they also were cerebral and iconoclastic, with the filmmaker heeding the Second City edict to work at the top of one’s intelligence. This combination of smart and gut-bustingly funny led a generation of comedic actors and filmmakers — including Judd Apatow (“The 40 Year Old Virgin,” “Knocked Up”, Jay Roach (“Meet the Parents,” the “Austin Powers” movies), Peter Farrelly (“There’s Something About Mary,” “Dumb and Dumber”), Jake Kasdan (“Walk Hard: The Dewey Cox Story,” “Orange County,” both of which featured Ramis in small roles) and Adam Sandler (who starred in his own wacky golf comedy, “Happy Gilmore”) — to cite him as a key inspiration.

“When I was 15, I interviewed Harold for my high school radio station, and he was the person that I wanted to be when I was growing up,” said Apatow, who later would cast Ramis as Seth Rogen’s father in “Knocked Up” and would produce Ramis’ final movie, “Year One” (1999). “His work is the reason why so many of us got into comedy. We grew up on ‘Second City TV’ and ‘Ghostbusters,’ ‘Vacation,’ ‘Animal House,’ ‘Stripes,’ ‘Meatballs’ (which Ramis co-wrote); he literally made every single one of our favorite movies.”

Ramis also left behind a reputation as a mensch and all-around good guy.

“He's the least changed by success of anyone I know in terms of sense of humor, of humility, sense of self,” the late Second City founder Bernie Sahlins, who began working with Ramis in 1969, said of him in 1999. “He's the same Harold he was 30 years ago. He's had enormous success relatively, but none of it has gone to his head in any way.”

Laurel Ward, vice president of development for Ramis’ Ocean Pictures production company, called him “the world’s best mentor.” She recalled that when she first began working for him 15 years ago as his assistant, he had to be in California for a month, and he told her that although he didn’t need an assistant out there, she should go anyway because it would be a good experience for her, and he’d make sure her expenses were covered.

The son of Ruth and Nathan Ramis, who owned Ace Food & Liquor Mart on the West Side before moving the store and family to Rogers Park, Ramis graduated from Senn High School and Washington University in St. Louis. For his first professional writing gig, he contributed freelance arts stories to the Chicago Daily News in the mid-1960s. He also wrote and edited Playboy magazine’s “Party Jokes” before and during his Second City days.

When, after some time off, he returned to Second City in 1972 to act alongside a relative newcomer in the cast, Ramis said he came to a major realization.

“The moment I knew I wouldn't be any huge comedy star was when I got on stage with John Belushi for the first time,” he said in a 1999 Tribune interview. “When I saw how far he was willing to go to get a laugh or to make a point on stage, the language he would use, how physical he was, throwing himself literally off the stage, taking big falls, strangling other actors, I thought: I'm never going to be this big. How could I ever get enough attention on a stage with guys like this?

“I stopped being the zany. I let John be the zany. I learned that my thing was lobbing in great lines here and there, which would score big and keep me there on the stage.”

With his round glasses lending a professorial air, Ramis would become the calm center of storms brewed by fellow actors, playing the bushy-haired, low-key wisecracker to Bill Murray's troublemaker in “Stripes” and being the most scientific-minded “Ghostbuster.” Later roles included the sympathetic doctor of James L. Brooks’ “As Good as It Gets” (1997) and the “Knocked Up” (2007) dad, whose dialogue, Apatow said, was almost all improvised.

Sahlins, who died last June, said he knew from the start that Ramis “would be an important factor in American comedy. He has all the skills and abilities to be funny and to write funny, but he also is a leader, a very nice guy. He was always looked up to, in Second City to being head writer at `SCTV.' He was never separate from anybody. He was always one of the boys, but he was the best boy.”

Ramis followed Belushi from Second City to New York City to work with him plus fellow Second City cast member Murray (who would collaborate with Ramis on six movies) on “The National Lampoon Radio Hour.” Those three plus Gilda Radner also performed in a National Lampoon stage show produced by Ivan Reitman, who went on to produce “National Lampoon’s Animal House” and to direct such Ramis scripts as “Meatballs,” “Stripes,” “Ghostbusters” and “Ghostbusters II” (1989).

“I always thought he was a very talented writer who always had a very perceptive and intelligent point of view about the material,” Reitman told the Tribune in 1999. “He managed to get the people to speak in a realistic way but still found something funny in their voices.”