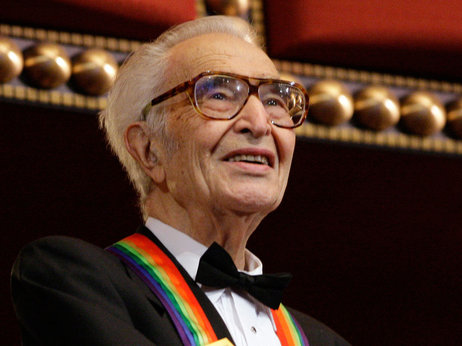 Brubeck was one day short of his 92nd birthday. He died of heart failure, en route to "a regular treatment with his cardiologist,” said Gloyd.

Throughout his career, Brubeck defied conventions long imposed on jazz musicians. The tricky meters he played in “Take Five” and other works transcended standard conceptions of swing rhythm.

The extended choral/symphonic works he penned and performed around the world took him well outside the accepted boundaries of jazz. And the concerts he brought to colleges across the country in the 1950s shattered the then-long-held notion that jazz had no place in academia.

As a pianist, he applied the classical influences of his teacher, the French master Darius Milhaud, to jazz, playing with an elegance of tone and phrase that supposedly were the antithesis of the American sound.

As a humanist, he was at the forefront of integration, playing black jazz clubs throughout the deep South in the ’50s, a point of pride for him.

"For as long as I’ve been playing jazz, people have been trying to pigeonhole me,” he once told the Tribune.

He is survived by his wife, Iola; four sons and a daughter; grandsons and a great granddaughter.