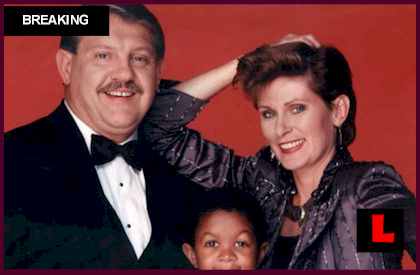 DETROIT (AP) — Alex Karras, the rugged lineman who anchored the Detroit Lions' defense in the 1960s, then went on to an acting career in which he starred in the sitcom "Webster" and famously punched a horse in the 1974 comedy "Blazing Saddles," died Wednesday. He was 77

Diagnosed with dementia, Karras in April joined the more than 3,500 former NFL players suing the league for not protecting them better from head injuries, immediately becoming one of the best-known names in the legal fight.

Detroit drafted Karras with the 10th overall pick in 1958 out of Iowa and he was a four-time All-Pro defensive tackle over 12 seasons with the franchise.

He was a terror on the field, using a variety of moves to push around opposing linemen and get into the backfield. His Lions handed the powerful 1962 Green Bay Packers their only defeat that season, a 26-14 upset on Thanksgiving during which they harassed quarterback Bart Starr constantly.

Packers guard Jerry Kramer wrote in his diary of the 1967 season about his trepidation over having to play Karras.

"I'm thinking about him every minute," Kramer wrote.

For all his prowess on the field, Karras may have gained more fame when he turned to acting in the movies and on television.

Playing a not-so-bright bruiser in Mel Brooks' "Blazing Saddles," he not only slugged a horse but also delivered the classic line: "Mongo only pawn in game of life."

Several years before that, Karras had already become a bit of a celebrity through George Plimpton's behind-the-scenes book about what it was like to be an NFL player in the Motor City, "Paper Lion: Confessions of a Second-string Quarterback."

That led to Karras playing himself in the successful movie adaption, and it opened doors for Karras to be an analyst alongside Howard Cosell and Frank Gifford on "Monday Night Football."

In the 1980s, he played a sheriff in the comedy "Porky's" and became a hit on the small screen as Emmanuel Lewis' adoptive father, George Papadapolis, in the sitcom "Webster."

"Perhaps no player in Lions history attained as much success and notoriety for what he did after his playing days as did Alex," Lions president Tom Lewand said.

Recently, his wife said Karras' quality of life has deteriorated because of head injuries sustained during his playing career.

Susan Clark said earlier this year that her husband couldn't drive after loving to get behind the wheel and couldn't remember recipes for some of the favorite Italian and Greek dishes he used to cook.

"This physical beating that he took as a football player has impacted his life, and therefore it has impacted his family life," Clark told The Associated Press earlier this year. "He is interested in making the game of football safer and hoping that other families of retired players will have a healthier and happier retirement."

Clark, who also played the wife of Karras' loveable character on "Webster," has said he was formally diagnosed with dementia several years ago and has had symptoms for more than a dozen years. He joined hundreds of other former players suing the league.

"It's the same thing as back in the gladiator days when the gladiators fought to death," Mitnick, who represents Karras and hundreds of others in the suit, has said. "Fans care about these guys when they're playing and they are heroes. But as soon as you're not a hero and not playing the fan doesn't really care what happens to them."

The NFL has said it did not intentionally seek to mislead players and has taken action to better protect players and to advance the science of concussion management and treatment.

Karras played his entire NFL career with the Lions before retiring in 1970 at age 35. He was a first-team All-Pro in 1960, 1961 and 1965, and he made the Pro Bowl four times. He missed the 1963 season when he was suspended by NFL Commissioner Pete Rozelle in a gambling probe. Karras was recognized by the Pro Football Hall of Fame as a defensive tackle on the All-Decade Team of the 1960s.

He was born and raised in Gary, Ind., and was inducted into the Indiana Football Hall of Fame in 1976.

"We know Alex first and foremost as one of the cornerstones to our Fearsome Foursome defensive line of the 1960s and also as one of the greatest defensive linemen to ever play in the NFL," Lewand said. "Many others across the country came to know Alex as an accomplished actor and as an announcer during the early years of 'Monday Night Football.'"