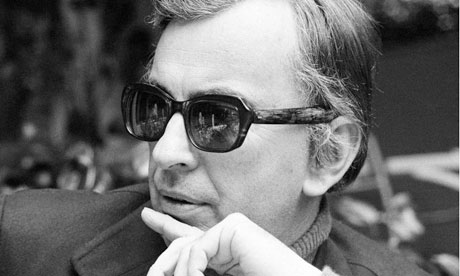 Winner of the National Book Award in 1993, Vidal's literary output was prodigious, with more than 20 novels, including the transsexual satire Myra Breckinridge, the black comedy Duluth, and a series of historical fiction charting the history of the United States. But his greatest work was, perhaps, his life itself – an American epic which sprawled beyond literature to encompass Hollywood, Broadway, Washington and the Bay of Naples, with incidental roles for almost every major American cultural and political figure of the 20th century. Vidal, who once said he had "met everyone, but knew no one", gave JFK the idea for the Peace Corps, was called in to rescue the script for Ben-Hur, ran unsuccessfully for both Congress and the Senate, and got into a fist-fight with Norman Mailer.

Born in 1925 at the hospital of the US military academy where his father was a flying instructor, Vidal entered a family of privilege and power. His grandfather, Thomas Gore, was the democratic senator for Oklahoma; his father was director of air commerce under Franklin Roosevelt and a founder of TWA; his mother was a Broadway actor. His parents divorced in 1935, when Vidal was nine, and he enlisted in the US army when he was 17, serving for four months in the winter of 1945 on a supply ship off Alaska. He began writing his first novel while on night watch in port, taking its title – Williwaw – from the sudden winds of the Bering Sea which create devastating tidal waves and can swamp a ship. The novel was completed as Vidal waited for discharge in the Gulf of Mexico and published in the summer of 1946.

The scandal which surrounded the publication of his third novel, The City and the Pillar, created a squall powerful enough to blow Vidal's promising literary career definitively off course. Despite the world-weary tone of a brutal review in the New York Times, which suggested that it added nothing new to the "groaning shelf" of homosexual literature, a story with an unashamedly gay protagonist unleashed a storm of protest in a country where sodomy was still illegal. Inspired by Vidal's great love, a school friend called Jimmy Trimble who died at the battle of Iwo Jima in 1945, it became an instant bestseller, catapulting the author to national celebrity, and almost finishing him as a writer. According to Vidal, the New York Times waged a campaign throughout the 1950s to obliterate him as a novelist by refusing to review his work. "If you didn't get a daily review in the New York Times you didn't exist as a novelist," he said. "It meant that everybody else, Time, Newsweek and all the other papers, would follow suit. You were out."

Vidal spent the 1950s working as a screenwriter for television and the movies, writing over 30 original scripts and notching up two Broadway hits: Visit to a Small Planet and The Best Man. Much of it was written at speed, rapidly constructing a scenario around a director a set and a star, but by the end of the decade he had built a powerful enough reputation that he was called in to work on the script for Ben-Hur.

In 1960 he made the first of his attempts to follow his grandfather into politics, narrowly failing to take a staunchly Republican district for the Democratic party with the campaign slogan "You'll get more with Gore". His mother's earlier marriage to Hugh Auchincloss made him a cousin of Jackie Kennedy, giving Vidal a front-row seat at the court of Camelot, before banishment in 1963 after a row with Bobby Kennedy. After heading for Rome with his long-term partner, Howard Auster, he returned to fiction with a bestelling novel, Julian, based on the life of a late Roman emperor; a political novel, Washington DC, based on his own family; and Myra Breckenridge, a subversive satire which examined contradictions of gender and sexuality with enough comic brio to become a worldwide bestseller. His novels continued to oscillate between satire and historical fiction, with comedies such as his sequel to Myra Breckenridge, Myron, and the reality TV satire, Duluth, interspersed with a series of novels that gradually pieced together a sweeping political history of the US.

His quick wit and acid tongue made him a sought-after commentator; he himself once quipped: "I never miss a chance to have sex or appear on television." A stint on ABC opposite William Buckley, covering the 1968 Republican and Democratic conventions, degenerated into abuse, with Vidal calling Buckley a "crypto-Nazi", Buckley suggesting that the "queer … [should] go back to his pornography", further attacks in the magazine Esquire, and suits for libel on both sides. The same refusal to back down characterised his dispute with Norman Mailer, whose attitudes towards women had brought rebukes from Gloria Steinem and Kate Millett. Vidal entered the fray with an article suggesting there was "a logical progression" from Henry Miller to Mailer to Charles Manson. Mailer responded at a Manhattan dinner party in 1977 by throwing a glass of whiskey in Vidal's face, head-butting him and then throwing a punch. Vidal is said to have replied: "Lost for words again, Norman?"

A second tilt at office came in 1982, when Vidal came second in the race to become the Democratic party candidate for the senate in California. Later in life he came to the conclusion that he "probably didn't want" a political career, but remained proud of his political near-misses, suggesting that he "might have had a life in politics if it wasn't for the faggot thing".

Vidal always rejected attempts to categorise people by sexual orientation, arguing that: "There are no homosexual people, only homosexual acts." While he claimed to have slept with thousands of men and perhaps women – when asked whether his first sexual encounter had been homosexual or heterosexual he replied he had been "too polite to ask" – Vidal always maintained that his 53-year-long relationship with Howard Auster was sexless.

His collection of essays, United States, won the National Book Award in 1993, the same year that Vidal's friend Bill Clinton became president. He was unable to attend the ceremony, sending apologies from Italy and suggesting that as the panels had presumably already "picked the wrong novelist and the wrong poet", he was "not so vain as to think you've got it right this time, either!" – a rare outburst of humility from the writer who declared: "In America, the race goes to the loud, the solemn, the hustler. If you think you're a great writer, you must say that you are."

He regarded the election of George Bush to the White House almost as a personal affront, repeatedly asserting that Bush had "stolen" the election from his distant cousin Al Gore, claiming that the "Bush junta" used the 9/11 attacks as a pretext for pre-existing plans to invade Afghanistan, and accusing the regime of "high crimes against the constitution of the United States".

Increasing frailty forced him to sell the clifftop villa in Ravello where he had lived for 30 years in 2004, and Vidal returned to Hollywood, where he continued working on an eighth volume of his Narratives of Empire sequence and a play involving General MacArthur and President Truman. Asked by Robert Chalmers in 2008 if he had any regrets, he claimed to have nothing that he deeply regretted in life, but rejected the suggestion that this made him lucky.

"Maybe," he suggested, "I just played the game harder."