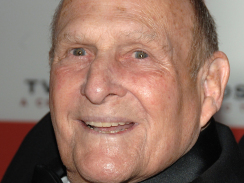 (CBS/AP) PALM DESERT, Calif. - Bill Asher, the director and producer behind classic TV shows like "I Love Lucy" and "Bewitched," has died. He was 90.

He also produced and directed "The Patty Duke Show" and "Bewitched," which starred his then-wife Elizabeth Montgomery as the mortal-marrying witch Samantha Stephens. Montgomery and Asher had three children together.

His wife, Meredith, says he died Monday at a facility in Palm Desert, Calif., of complications from Alzheimer's disease.

According to the Desert Sun, Asher is survived by his wife, daughters Liane Sears and Rebecca Asher, sons Brian, Bill Jr., Robert and John, four step-children, nine grandchildren and and eight step-grandchildren.

A memorial is reportedly scheduled for Sept. 29 at Desert Springs Church in Palm Desert.