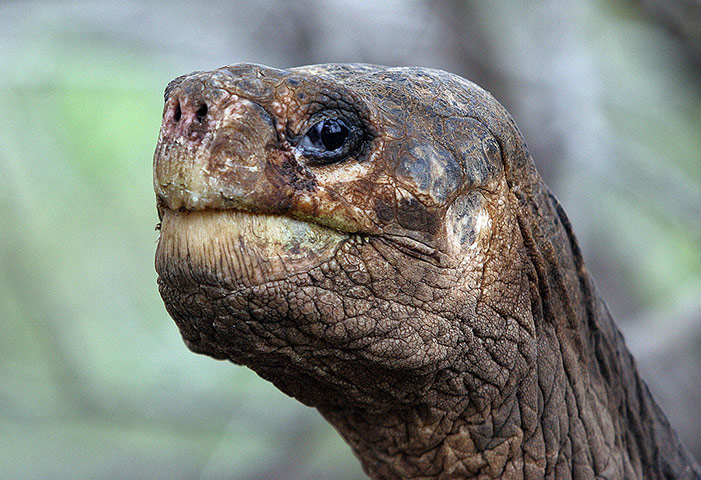 QUITO - Lonesome George, the last remaining tortoise of his kind and a conservation icon, died on Sunday of unknown causes, the Galapagos National Park said. He was thought to be about 100 years old.

Lonesome George was found in 1972 and had become a symbol of Ecuador’s Galapagos Islands, which attracted some 180,000 visitors last year.

“This morning the park ranger in charge of looking after the tortoises found Lonesome George, his body was motionless,” the head of the Galapagos National Park, Edwin Naula, told Reuters. “His life cycle came to an end.”

George was believed to be around 100 years old and the last member of a species of giant tortoise from La Pinta, one of the smallest islands in the Galapagos, the Galapagos National Park said.

The giant Galapagos tortoises, which can live up to 200 years old, were among the species that helped Charles Darwin formulate his theory of evolution in the 19th century.

The Galapagos National Park is considering embalming George’s body so that it can be displayed in the park, Naula said.

A spokesperson said the park plans to carry out a necropsy to determine what may have killed the tortoise.

Tortoises were hunted for their meat by sailors and fishermen to the point of extinction, while their habitat has been eaten away by goats introduced from the mainland.

Some 20,000 giant tortoises still live on the Galapagos.