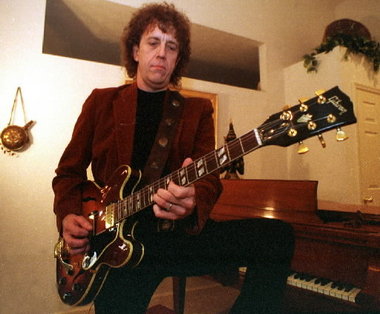 NASHVILLE, Tennessee -- Guitarist and singer Bob Welch, whose work in the early 1970s for Fleetwood Mac set the stage for the band's multiplatinum success later in the decade, died on Wednesday at his home in Nashville, Tenn.. He was 66.

According to a spokesman for the Nashville Police Department, Welch was found dead of an apparent self-inflicted gunshot wound to the chest. The spokesman said Welch's wife, Wendy, told police he had been suffering from health problems.

Welch joined Fleetwood Mac in 1971 as a 24-year-old living in Paris, just as the group was making the transition away from being a British blues rock band and into the 1970s commercial powerhouse that it became.

As a singer and guitarist for the group, Welch was lesser known than the pair who replaced him -- lead vocalist Stevie Nicks and guitarist Lindsey Buckingham. His work on early albums such as "Future Games," "Bare Trees" and "Heroes Are Hard to Find" with band mates who included Mick Fleetwood and John and Christie McVie set the tone for what was to come.

Welch left the band in 1974, and it was his departure that set the stage for Fleetwood Mac's hit-making lineup when Nicks and Buckingham were hired to take on his two duties. That would become the group's most successful lineup, releasing the 1975 album "Fleetwood Mac" and "Rumors," the band's acclaimed 1977 hit album.

"My era was the bridge era," Welch told The Plain Dealer in 1998, after he was excluded from the Fleetwood Mac lineup inducted into the Rock and Roll Hall of Fame. "It was a transition. But it was an important period in the history of the band. Mick Fleetwood dedicated a whole chapter of his biography to my era of the band and credited me with 'saving Fleetwood Mac.' Now they want to write me out of the history of the group."

Welch went solo and scored a top 20 hit in 1977 with "Ebony Eyes." The album from which it was culled, "French Kiss," featured a number of former Fleetwood Mac members, as well as a rendition of "Sentimental Lady," a song originally recorded with Fleetwood Mac but reworked by Welch.

Over the next six years Welch released five more studio albums, but none was as successful as his debut. He continued to record music for the next two decades; his final album, "His Fleetwood Mac Years and Beyond, Vol. 2," was the second volume of a series of reworkings of his earlier output.

Welch was born in Los Angeles in 1945, the son of successful Hollywood movie producer Robert Welch, best known for his work with Bob Hope on a series of "Paleface" films, as well as producer of the 25th Academy Awards.

"I grew up in a showbiz environment," Bob Welch told the Daily Tennessean in 2003. "Jonathan Winters would come to the house. Yul Brynner lived across the street." After graduation from high school, the younger Welch moved to Paris for a while but returned to Los Angeles in the late '60s and joined a band called the Seven Souls.

After releasing a single that failed to make the charts, Welch returned to Paris, living there until he received a phone call from Fleetwood asking him to come to London. Fleetwood met him at the airport, Welch told The Nashville Tennessean in 2003. "He was driving a yellow VW. He was 6-6 and weighed about 120 pounds. He was a strange-looking human being."

Despite his appearance, Fleetwood proved able to offer Welch one thing that the guitarist needed in his life. "I just wanted to play guitar in a good band," he told the Tennessean. "I wanted to make the music I love. I wanted to travel the world and have adventures."