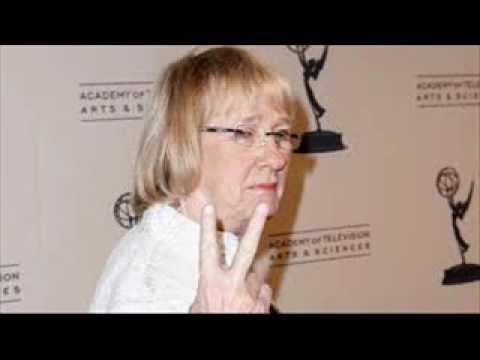 Kathryn Joosten, the Emmy-award-winning actress known for her roles on "The West Wing" and "Desperate Housewives," died Saturday after a lengthy struggle with lung cancer, her family said. She was 72.

"Kathryn succumbed to her 11-year battle with lung cancer today ... surrounded by love and humor till the end," her family said in a statement. "We are laughing through our tears. We love you, Kathy, thanks for everything."

Joosten's acting credits date to 1984 and included roles on TV sitcoms such as "Scrubs," "Dharma and Greg" and "Ally McBeal." She also appeared in movies such as "Wedding Crashers" and "Bedtime Stories," according to the Internet Movie Database.

Her big break came in 1999, when she appeared as President Jed Bartlett's secretary Dolores Landingham on the critically acclaimed drama series, "The West Wing." Her character died in a car crash in the 2001 season.

After several more productive years, in 2005 Joosten landed the role of Karen McCluskey -- the crusty, older neighbor living among a roster of beautiful, if often troubled women on Wisteria Lane in "Desperate Housewives."

Joosten's performance earned her two Emmy awards, in 2005 and 2008, for outstanding guest actress in a comedy series.

Off the set, her life was defined by her family and, more recently, her bout with lung cancer.

According to information from her publicist Nadine Jolson, Joosten embraced the "Desperate Housewives" plot that called for her to be diagnosed with -- and eventually succumb to -- lung cancer in the series' final season.

"I have no fear of delving into this storyline," Joosten said. "This is a terrific idea to get the word out there and bring lung cancer awareness into the spotlight."

The actress' death stirred swift responses from many of her friends in Hollywood.

"Goodbye Kathryn; our beloved Mrs. Landingham," Rob Lowe, who knew Joosten from "The West Wing," wrote on Twitter. "You will never truly be gone, film is forever."

Added Felicity Huffman, who played Lynette Scavo on "Desperate Housewives," "Rest in peace, she was an amazing woman and a wonderful actress."

Joosten is survived by her two sons, Jonathan and Timothy, and two grandsons.