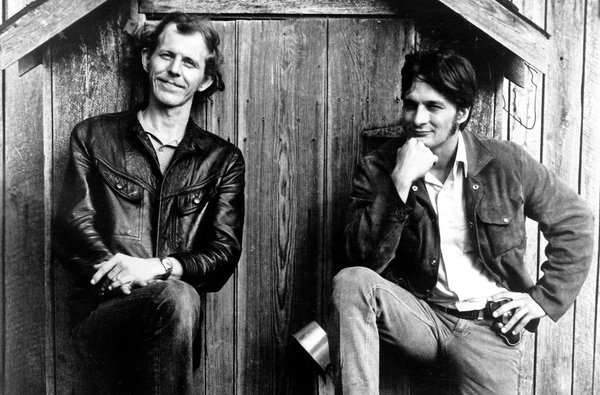 Doug Dillard, a banjo virtuoso who began the 1960s by helping to introduce a generation of listeners to bluegrass and ended the decade as an early advocate of country-rock, died on May 16 in Nashville. He was 75.

The cause was a lung infection, said Lynne Robin Green, the president of LWBH Music Publishers, which publishes his music.

Mr. Dillard rose to fame with the Dillards, a bluegrass band that also included his younger brother, Rodney, on guitar; Dean Webb on mandolin; and Mitch Jayne on bass. The Dillards’ instrumentation was traditional (except for the absence of a fiddle player) and so was much of their repertory, but they occasionally played electrified instruments and sometimes used a drummer. This approach alienated some purists, but it also helped interest young listeners in a style that the country-music establishment had come to consider passé.

Mr. Dillard’s skillful banjo work, which has been cited as an inspiration by Steve Martin among many others, was another key to their success.

The Dillards stuck to the traditional approach for their guest appearances on “The Andy Griffith Show” between 1963 and 1966, on which they played members of a family band known as the Darlings. The country-music historian Bill C. Malone credited these appearances with introducing “Ozark humor and sophisticated musicianship to a national audience.”

In 1968 Doug Dillard left the Dillards — the split was apparently amicable, and the group continued without him — and teamed with the singer, guitarist and songwriter Gene Clark, a founding member of the pioneering folk-rock band the Byrds. Known simply as Dillard and Clark, their group, with Mr. Dillard playing guitar and fiddle as well as banjo, recorded two albums for A&M before disbanding. The albums did not sell well but have come to be regarded as among the earliest stirrings of the West Coast country-rock movement and an important influence on the Eagles and other bands. (Bernie Leadon, a charter member of the Eagles, had also worked with Dillard and Clark.)

Mr. Dillard later gravitated back toward traditional acoustic music as the leader of various groups. Over the years he also kept busy as a studio musician, playing on movie soundtracks (including, according to some sources, “Bonnie and Clyde”) and pop records by Glen Campbell, the Monkees and others.

Douglas Dillard was born on March 6, 1937, in Salem, Mo. His father, Homer, played fiddle, and his mother, Lorene, played guitar. As a child Doug performed with his parents and his brothers, Rodney and Homer Jr. Doug and Rodney later worked with the Ozark Mountain Boys before forming the Dillards and moving to Los Angeles in 1962. Shortly after arriving, the group was signed to Elektra Records.

The Dillards were inducted into the Bluegrass Hall of Fame in 2009.