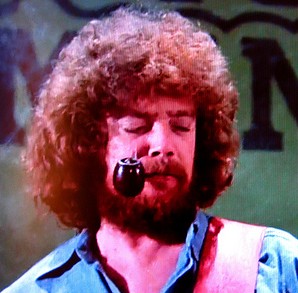 Dunn was in Tokyo for a series of shows. News of his death was posted on the Facebook site of his friend and fellow musician Steve Cropper, who was on the same tour. Cropper said Dunn died in his sleep.

"Today I lost my best friend, the world has lost the best guy and bass player to ever live," wrote Crooper.

Dunn, who was born in Memphis, Tennessee, in 1941, performed on recordings with Eric Clapton, Neil Young and many others, and specialized in blues, gospel and soul. He played himself in the 1980 hit movie "The Blues Brothers".

Dunn was given his nickname by his father as the two watched a Donald Duck cartoon on TV. "It was just one of those things that stuck," he said. "Most of my school friends and even a few of my teachers called me Duck."

Dunn and Crooper met at high school and formed their first band, The Royal Spades.

It was Cropper who gave Dunn his first big break, calling him in 1962 to join famed record label Stax's house band Booker T and the MGs.

Stax had a tightly knit, racially mixed band of musicians and Dunn played with stars including Isaac Hayes and Wilson Pickett as they began to break down musical barriers to reach a wider audience.

Dunn added the famous bass lines to hits including Albert King's Born Under a Bad Sign and Sam and Dave's Hold On, I'm Coming. He toured the world playing with Stax's stars and was on stage with Otis Redding in 1967 at the Monterey Pop Festival, which was seen as instrumental in introducing the black star to white audiences.

Despite all the hits, Dunn made relatively little money from his Stax years. "I always look back and say I should have made more," he said in an interview. "It should have been more lucrative, but it wasn't.

"We were cheated a little bit. But with the music and what I learned, it doesn't matter. I have no regrets."

In the 1970s Dunn became a session musician, playing for stars including Rod Stewart, Tom Petty, Robert Palmer and others.

The bass player received the most publicity in his career when Dan Ackroyd and John Belushi picked him to play in The Blues Brothers. He also appeared in the sequel Blues Brother 2000.

He received a lifetime achievement Grammy award in 2007 for his work with Booker T and the Mgs.