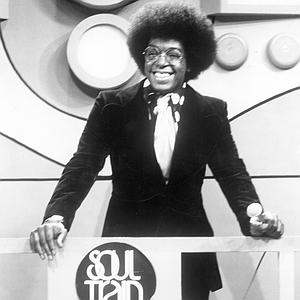 "Soul Train" creator Don Cornelius was found dead at his Sherman Oaks on home Wednesday morning. Law enforcement sources said police arrived at Cornelius' home around 4 a.m. He apparently died of a self-inflicted gunshot wound, according to sources, who spoke on the condition of anonymity because the case was ongoing.

The sources said there was no sign of foul play, but the Los Angeles Police Department was investigating.

Cornelius grew up on Chicago's South Side during the '40s and '50s. He started his professional career as a radio and TV newsman and DJ. While employed at WCIU-TV in the '60s, he started hosting soul dance parties around the city and eventually approached station management about a show based on the same idea.

"Soul Train" debuted in 1970 on a small budget, but the show was an instant hit in Chicago, and started consuming the after-school viewing time of a young, African-American audience.

"Soul Train" would become the longest-running first-run nationally syndicated show in television history, bringing African-American music and style to the world for 35 years, showing the likes of Curtis Mayfield, the O'Jays, B.B. King and Jerry Butler.

Cornelius, in a 2010 interview with The L.A. Times, he said he was excited about a movie project he was developing about "Soul Train."

"We've been in discussions with several people about getting a movie off the ground. It wouldn't be the 'Soul Train' dance show, it would be more of a biographical look at the project," he said. "It's going to be about some of the things that really happened on the show."

Cornelius stopped hosting the show in 1993, and "Soul Train" ceased production in 2006.