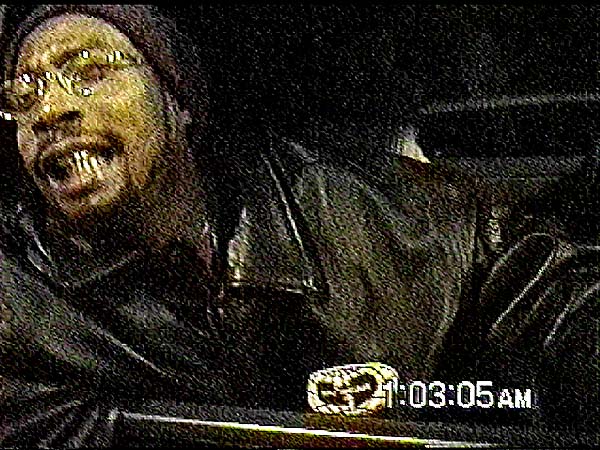 Ol' Dirty Bastard, a founding member of the Wu-Tang Clan, died of unknown causes on Saturday (November 13) in New York, according to his spokesperson. He was 35

Sources close to ODB said he had been complaining of chest pains earlier in the day.

Ol' Dirty Bastard, a founding member of the Wu-Tang Clan, died of unknown causes on Saturday (November 13) in New York, according to his spokesperson. He was 35.

had been complaining of chest pains earlier in the day, although no further details are available as of yet. ODB had been scheduled to perform with Wu-Tang Clan at a concert in New Jersey on Friday night, but missed the show.

Another source reported that ODB arrived in the New York area on a flight from Denver at 10:30 p.m. Friday. He went to a Manhattan studio (having missed the concert), and collapsed within an hour of arriving there.

A statement was released Saturday evening by ODB's mother, Cherry Jones. "This evening, I received a phone call that is every mother's worst dream," she said. "My son, Russell Jones, passed away. To the public, he was known as Ol' Dirty Bastard, but to me, he was known as Rusty, the kindest, most generous soul on earth. I appreciate all the support and prayers that I have received. Russell was more than a rapper, he was a loving father, brother, uncle, and most of all, son."

Damon Dash, who signed ODB to Roc-A-Fella Records last fall, also released a statement. "All of us in the Roc-A-Fella family are shocked and saddened by the sudden and tragic death or our brother and friend," Dash said. "Russell inspired all of us with his spirit, wit and tremendous heart. He will be missed dearly, and our thoughts, prayers and deepest condolences go out to his wonderful family. The world has lost a great talent, but we mourn the loss of our friend."

Dirty, easily the most eccentric of the nine Wu-Tang Clan rappers (if not in all of hip-hop), showed promise as a solo artist, but was hindered by a long series of clashes with the law, which ranged from shoplifting to making terrorist threats.

After his release from prison and psychiatric care, ODB signed with the Roc and was recording as Dirt McGirt (see "Ol' Dirty Bastard Hits Campaign Trail With New Album"). Most recently, he collaborated with Macy Gray for the album (see "ODB Duets With Macy Gray On 'Don't Go Breaking My Heart' ").

After several years apart, Wu-Tang reunited this summer for a concert in California. A recording of the show, titled Disciples of the 36 Chambers: Chapter 1, was released in September.

MTV News will have more on this story as it develops.