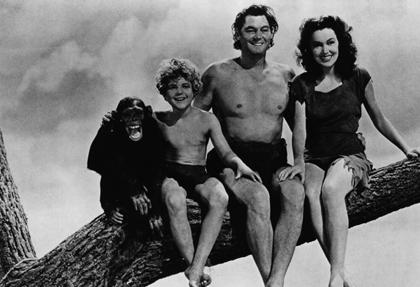 Cheetah the Chimp, who appeared in classic Tarzan movies in the early 1930s, has died of kidney failure at the age of 80, WTSP TV reports reports.

The Suncoast Primate Sanctuary in Palm Harbor, Fla., says the community "has lost a dear friend and family member" with the death of Cheetah on Dec. 24.

Cobb says Cheetah came to the sanctuary from the estate of Johnny Weissmuller, former American Olympic gold medal swimmer who played Tarzan in the 1930s.

Ron Priest, a sanctuary volunteer for seven years, tells the newspaper that Cheetah stood out with his ability to stand up and walk like a human, with shoulders tall, and back straight.