John McCarthy — Father of AI and LISP — Dies at 84 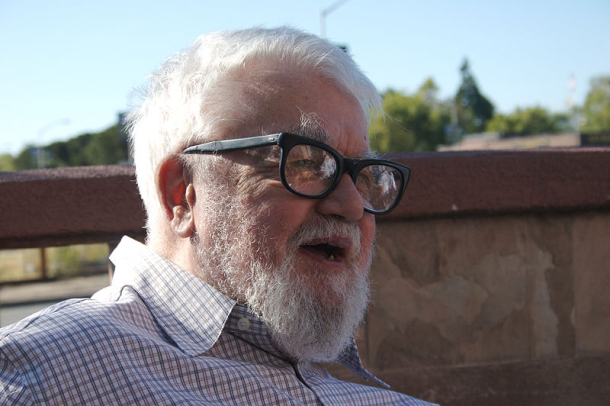 When IBM’s Deep Blue supercomputer won its famous chess rematch with then world champion Garry Kasparov in May 1997, the victory was hailed far and wide as a triumph of artificial intelligence. But John McCarthy — the man who coined the term and pioneered the field of AI research — didn’t see it that way.

As far back as the mid-60s, chess was called the “Drosophila of artificial intelligence” — a reference to the fruit flies biologists used to uncover the secrets of genetics — and McCarthy believed his successors in AI research had taken the analogy too far.

“Computer chess has developed much as genetics might have if the geneticists had concentrated their efforts starting in 1910 on breeding racing Drosophila,” McCarthy wrote following Deep Blue’s win. “We would have some science, but mainly we would have very fast fruit flies.”

According Daphne Koller — a professor in the Stanford AI Lab who still carries the torch for McCarthy’s orthodox vision of artificial intelligence — it’s a quote that sums up both McCarthy and his work. “The word that bests describes him is ‘uncompromising’,” she tells Wired. “He believed in artificial intelligence in terms of building an artifact that could actually replicate human level intelligence, and because of this, we was very unhappy with a lot AI today, which provides some very useful applications but focuses on machine learning.

“He wanted AI to pass the Turing test.”

John McCarthy died on Monday at the age of 84, according to Stanford University, where he served on the faculty for almost four decades. In organizing the Dartmouth Summer Research Conference on Artificial Intelligence in 1956, McCarthy not only added a term to the popular lexicon, he founded an entirely new area of research alongside fellow pioneers Marvin Minsky, Nathaniel Rochester, and Claude Shannon. In the years to come, he would go on invent LISP — one of the world’s most influential programming languages — and he played a major role in the development of time-sharing systems.

“Without time-sharing, you wouldn’t have the modern internet,” says Lester Earnest, who worked with McCarthy at the Massachusetts Institute of Technology (MIT) in the late fifties and later at the Stanford Artificial Intelligence Lab (SAIL), the research operation McCarthy helped found in 1962.

But for all his influence over today’s world, McCarthy envisioned something much greater. Says Google’s Sebastian Thrun, who revived SAIL in 2003 before joining Google to build the company’s self-driving cars: “When it came to artificial intelligence, he was a philosopher.”

Lester Earnest first encountered McCarthy at MIT while working on the government’s Semi-Automatic Ground Environment (SAGE) defense system — an early computer network that allowed multiple users to access the system at the same time — and according to Earnest, SAGE inspired McCarthy’s work on time-sharing. “He was first to come up with an idea of how to do time-sharing in a general purpose way, as opposed to special purpose,” Earnest says.

A McCarthy paper gave rise to the Compatible Time-Sharing System (CTSS) — which was demonstrated at MIT in 1961 — and a similar system McCarthy helped build at Bolt, Beranek and Newman, a private consultancy that would later play a big part in the founding of the internet.

But for McCarthy, time-sharing took a backseat to AI. At MIT, he founded an “AI group” alongside fellow Dartmouth artificial intelligence pioneer Marvin Minsky, and this eventually spawned the university’s Project Mac, a DARPA (Defense Advanced Research Projects Agency)-funded effort that would help lead the field for years.

While at MIT, McCarthy developed LISP, which became the standard programming language of the artificial intelligence community, but would also permeate the computing world at large. Today, it’s the second oldest high-level programming language still in use — after Fortran. But unlike Fortran, it’s still feeding new languages.

“[McCarthy] really encapsulated what computation meant,” says Peter Norvig, the director of research at Google, pointing to modern languages like JavaScript and Python as Lisp’s successors. “To some extent, that had been done before. People like Turing had a mathematical way of defining computing. But he was the first one to really put the essence of computing into a simple programming language, and that had a big effect on a lot of people.”

As Project Mac evolved, McCarthy left for Stanford, where he founded SAIL, a longtime rival to the MIT effort. Lester Earnest would later join McCarthy at the lab, and he sees it as a place that helped spawn so much the modern tech world — a notion that’s seconded by Google’s Sebastian Thrun, who points to everything from the robotics work done at SAIL to the user interface and programming work.

Earnest says the lab’s influence is exemplified by Alan Kay, who studied at the lab before moving onto the Palo Alto Research Center (PARC), where he invented object-oriented programming with his SmallTalk language, citing McCarthy and Lisp as a major influence. Kay would later call Lisp the “greatest single programming language ever designed.”

In the 80s and 90s, the lab fell out of favor. “AI went through a winter period,” says Google’s Sebastian Thrun. “There was a mismatch between the promises that were made and reality. People realized we couldn’t duplicate human intelligence.” But in 2003, Thrun revived SAIL and — in at least some ways — the McCarthy spirit.

Like Daphne Koller, Thrun says that today’s AI work didn’t always agree with McCarthy’s sensibilities. “In my mind, Google is all about artificial intelligence,” he says. “But McCarthy was troubled by this. He would come to me regularly and tell me I was doing the wrong thing.”

Thrun would respectfully disagree. “I know how to do my thing right, not your thing,” he would tell McCarthy. But Thrun acknowledges that one day, McCarthy will win the day. “What he stood for matters,” Thrun says.

“The point will come when we do understand human reasoning.”