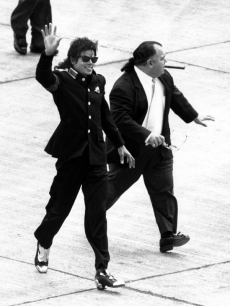 LOS ANGELES -- Music industry executive Frank Dileo, who managed Michael Jackson's career in the 1980s and returned as his manager in the superstar's final days, has died. He was 64.

Publicist Karen Sundell says Dileo died Wednesday morning. The cause of death was not immediately available, but he had recently experienced complications following heart surgery.

The short, portly Dileo was a colorful figure in the entertainment industry and had movie roles as an actor, notably portraying a gangster in Martin Scorsese's "Goodfellas."

A native of Pittsburgh, Dileo began his career in the music industry working as a promoter for CBS subsidiary Epic Records. He signed so many stars that he was credited with catapulting the small company to the No. 2 label in the country. Jackson was at CBS Records at the time and together they worked on the phenomenally successful "Thriller" album.

In his book "Moonwalk," Jackson credited Dileo as one of the people "responsible for turning my dream for 'Thriller' into a reality."

Jackson wrote that Dileo's "brilliant understanding of the recording industry proved invaluable" and described how Dileo decided to release "Beat It" as a single while "Billie Jean" was still the No. 1 song in the country.

"CBS screamed 'You're crazy. This will kill Billie Jean,'" Jackson recalled. "But Frank told them not to worry, that both songs would be No. 1 and both would be in the Top 10 at the same time. They were."

In 1984, with "Thriller" soaring, Jackson recruited Dileo to leave Epic and manage his career. Dileo accepted and presided over one of the most productive periods for Jackson.

He executive produced the full length Jackson movie, "Moonwalker." He also wrote, produced and negotiated a series of lucrative Pepsi commercials for Jackson.

And he managed two of Jackson's concert tours -- the Victory Tour with other members of the Jackson family and the Bad World Tour, Jackson's first solo excursion which became the largest grossing concert tour of all time.

After five years together, Dileo and Jackson abruptly ended their business relationship without explanation.

Dileo went on to manage the careers of other musicians, including Taylor Dayne, Jodeci, Laura Branigan and Bon Jovi guitarist Richie Sambora. He also worked with Prince on several projects.

He founded Dileo Entertainment Group in Nashville, Tenn., a company focused on launching the careers of young artists.

In 2005, when Jackson stood trial on child molestation charges, Dileo returned to his side. He would tell later of their emotional reunion. After Jackson's acquittal, they remained in touch and in the summer of 2009, as Jackson prepared to launch his "This is It" tour, the singer asked Dileo to manage him again. They were working together when Jackson died on June 25, 2009.

Dileo is survived by his wife, Linda, two children, Belinda and Dominic, and a grandson, Frank.